“But St. Johns do this Differently!”

We regularly get asked why the techniques and standards taught in our courses do not always conform with the advice given in the First Aid Manual (10th Edition), written by the Voluntary Aid Societies (VAS), that is, St John, St Andrews and the British Red Cross.

Put simply, we don’t follow it as it is simply an interpretation by the VAS of medical standards for first aid and pre-hospital care, provided by a range of medical organisations. We prefer to follow their advice directly, not after it has been interpreted, or in some cases ignored by the VAS.

Training organisations should use training material, and teach the first-aid management of injuries and illness, as covered in FAW/EFAW training courses and in accordance with:

■ current guidelines published by the Resuscitation Council (UK); and

■ other published guidelines, provided they are in line with the two above or

supported by a responsible body of medical opinion.’

As a company, and attending other pre-hospital care courses ourselves, it became clear to us that the VAS took a long time to incorporate new standards, if at all. Decades ago, we decided to start going directly to the source, and that we would base our guidelines on ‘a responsible body of medical opinion.’

So who are these sources, that both ourselves (and sometimes the VAS) use:

For resuscitation the standard setter is the European Resuscitation Council (ERC). They coordinate and publish resuscitation research. This is collated every 5 years and a panel decide if changes to resuscitation standards are required. The latest standards (2015) and the draft 2020 guidelines are here:

These guidelines are interpreted in each country, in our case this being the UK Resuscitation Council.

In 2015, the ERC moved away from just resuscitation guidelines and for the first time ever also set guidelines for first aid. These did not cover all aspects of first aid, but were a start. However they were based upon clear unambiguous, replicated medical research. They included positioning for shock, haemostatic dressings and recommendations on tourniquets. However, most manuals and courses in the UK simply ignored them.  However we incorporated the guidance into our eLearning and courses almost immediately. We could not see a valid reason for not following sensible evidence/research based standards. We cannot comment on why others, including the VAS chose not to incorporate these standards. That is a question for them to answer themselves…

Other ‘responsible bodies of medical evidence’, who produce guidance applicable to first aid include:

The Faculty of Pre-hospital Care (Royal College of Surgeons: Edinburgh), https://fphc.rcsed.ac.uk. This organisation has produced a number of ‘position statements’ and ‘’consensus statements’, all based upon a wealth of research in those areas. Their statements on tourniquets, burns treatment, crush injuries, etc,  are both clear and unequivocal. They are aimed at all aspects of pre-hospital care (from first aid to paramedics and trauma doctors). We included their guidance quickly after it was produced. Yet again their guidance has not been included in many first aid courses in the UK.

TraumaCare, is a charity founded in 1996 by Professor Sir Kieth Porter, one of the most pre-eminent trauma surgeons in the UK (and leading light in the Faculty of Pre-Hospital Care). Its aim is to improve the treatment of patients from roadside to recovery, including better training of first aiders. They have annual conferences which always include a ‘first aid day’, the aim being to feed medical research and new treatment ideas down to first aid instructors.

Traumacare were involved in the CitizenAid App https://www.citizenaid.org, the best and most medically based first aid app, designed for terror attacks, but great for all traumatic first aid incidents.

Unfortunately research and guidance seems to be very ‘continent centric’ despite humans not differing in their first aid needs wherever they live in the world. The Australian Resuscitation Council has for many years produced excellent detailed guidance on first aid, from airways to snake bites. While all is not relevant to the UK it is all based upon years of research and referenced to journals. It is certainly worth considering for areas in which there is no specific guidance for the UK.

Finally let us consider how first aid has changed in the UK over the few decades. Years ago the VAS were the dominant force and as a training company we were often asked “Is your course approved by St John?”. Of course they weren’t, but it shows the dominance they once held. I can’t remember the last time someone asked that question!

Now we have a diverse marketplace for first aid, from the VAS to many smaller training companies, who together dominate the market. Yet those same companies still look to their competition (the VAS) for training standards! Some of those companies pay Awarding Organisations (AO’s) for certificates, manuals, etc, and expect the AO to keep their materials up to date. However for many of these AO’s first aid is but a small part of their business and they make very little effort to update their manuals as can be seen by a quick flip through some of the books they produce. When they do update, again many just look to the VAS manual for standards. Can anyone else see a problem here?

Ian Kershaw MBE runs the First Aid Industry Body (FAIB), an independent first aid body. Ian has a wealth of experience in the industry having formerly run the HSE’s First Aid Unit for many years. FAIB charge a membership fee, but don’t charge for certificates. They assess member companies for then quality of their courses and what they teach (many AOs assess how well companies complete their paperwork). Many years ago, during his time at the HSE, Ian suggested the idea of a first aid standards council. However this was rejected by the VAS, who at the time were all powerful. However, considering that we are now in a situation where the market has been flipped, and it’s smaller independent companies who now do most first aid training, perhaps it’s time we formed this First Aid Standards Council. I envision that such a body would lease with the organisations discussed above, plus all relevant Royal Colleges, etc to provide an alternative ‘responsible body of medical opinion’.

Isn’t fit time we stopped looking to the competition’s text book for our standards?

Rescue Breaths are Back

The Resuscitation Council UK have revised their guidelines after another review of the COVID-19 situation.

A few days ago we had an email from a student thanking us for our training, as she had used it to help a friend who had had a heart attack.

The Ice Age is Melting

We should stop teaching people to use ice on injuries as there is no medical evidence that it works.

Mental Health in the Workplace Courses

Splinting and First Aid at Work

At Marlin we have always taught splinting during First Aid at Work (FAW) training, but it seems that for many trainers splinting protocols simply aren’t being taught. “Call the ambulance” has become the ‘First Aid Protocol’.

On a recent course we received criticism for teaching tourniquets in First Aid at Work as many organisations don’t. This post looks at the reasons we do teach tourniquets and hopefully debunks a few myths along the way.

RT @SharonBarbour: In a world first, paramedics are now flying in the Lake District with jet suits - in a trial mission - In the Summer the… 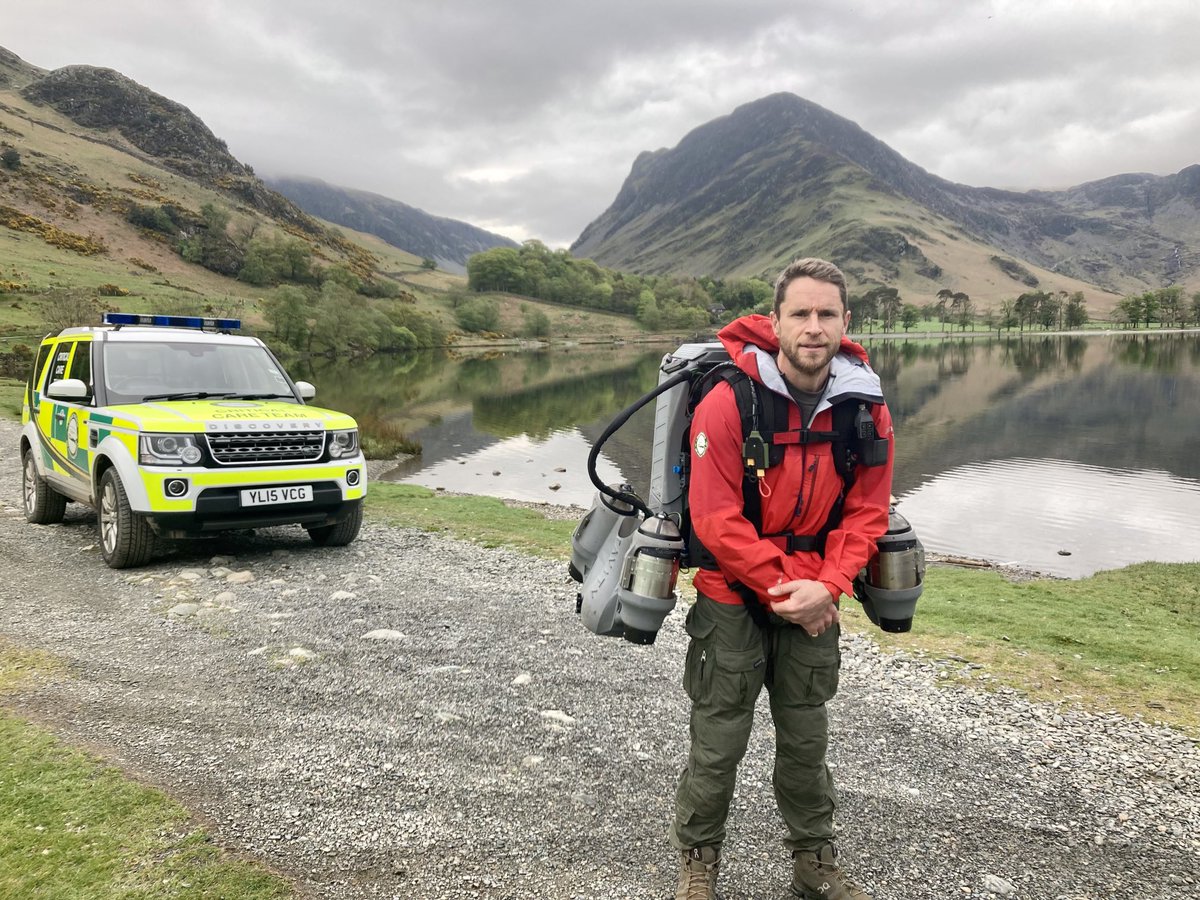 RT @MAA_Charity: 🚨 Last week, our crew were deployed to 45 missions across #Gloucestershire and the #Midlands. ⁠ 🚁 Crew are ready to respon… 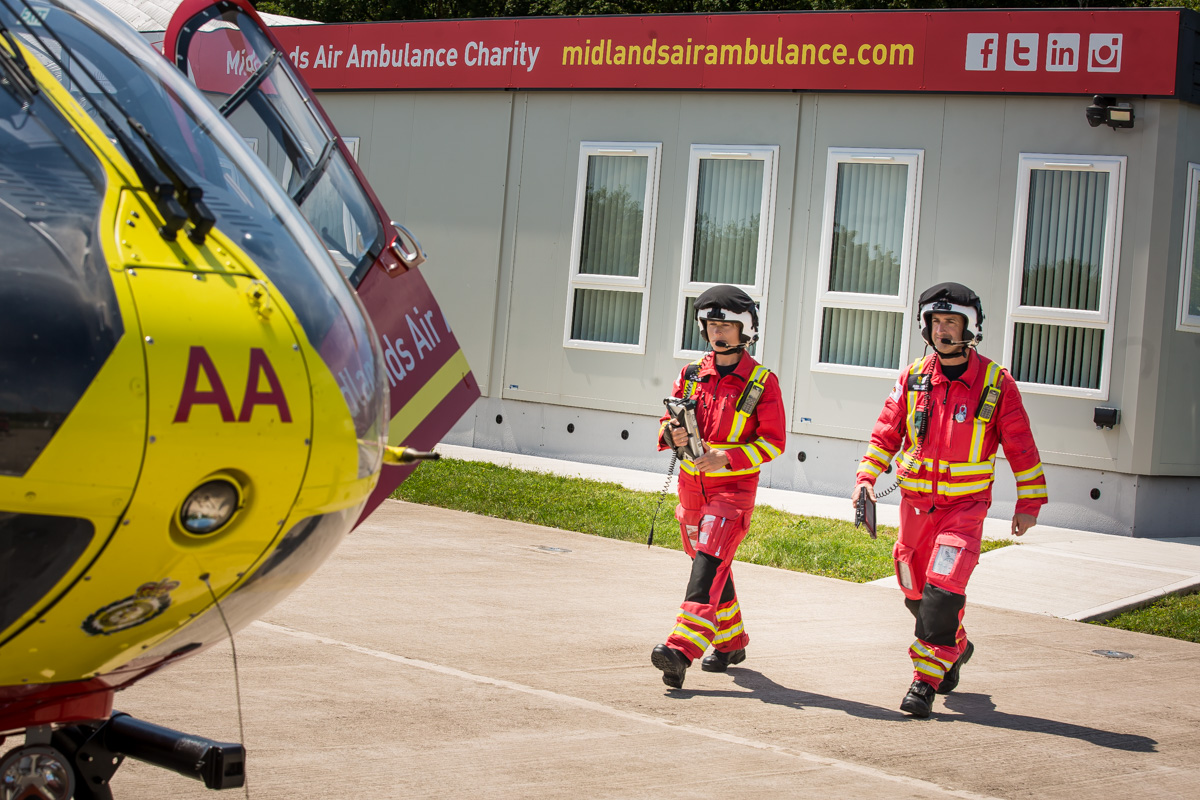 Everyone having fun on our water safety module https://t.co/kE7RSGGgMY